We went out to Kenscoff today to start a portion of the distribution for a small community in the mountains. These are the vehicles loaded and full of 160 bags. Fifty tents were in the first vehicle for those that had lost their homes. We will be back up there in another week or so.
Click on the pictures to enlarge them to see better... 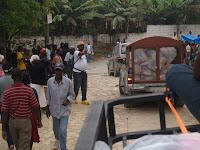 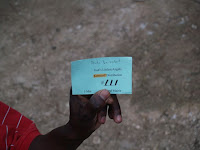 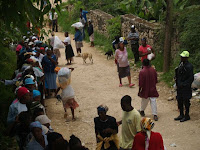 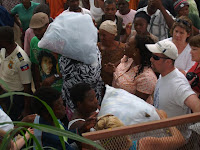 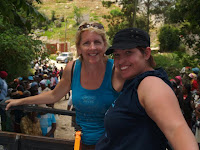 Colleen and Robin in the back of the truck handing out the bags. What a blast we have had on the last few weeks. 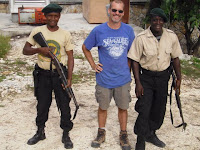 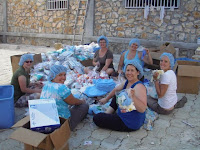 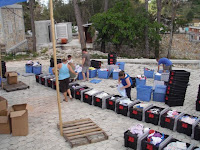 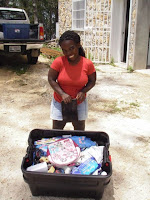 Second part of the distribution is the 75 large totes that went to staff at GLA, with over 80% that are living in tents. So this is a dear Nanny from the Premmie Nursery. The other picture is Jussi's two friends LOL, not really but a few security fellows that needed to be hired for extra security at the Fort Jacques property. We also have a picture of a crew making hygiene bags up under the tarp.
So next week we will send out over 90 bins with tents, and 200 more bags, in addition to over 30 boxes to a local Haitian doctor for her mission. It has been great to see so much going out and so well received in an orderly fashion. Will post up more pics on Picassa Seven....

Please continue to pray for so many in tents as it rains every night so much...!

Posted by Colleen and Jussi at 2:56 PM