Too Busy for Jesus 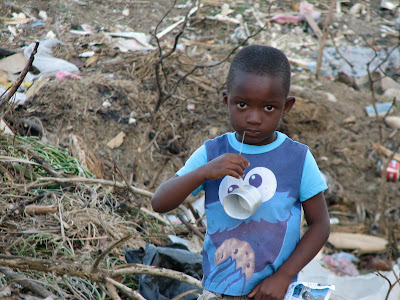 This week marks the 6 month anniversary of the EQ in Haiti. It was a time for me to think of the day it happened and what has happened post EQ. It is sad that so many people are still without housing, that giant loaders are scouping up rubble and in the rubble lies someone daughter, son and family. Society pages in magazines show stars and famous people lending a helping hand to Haiti and to other countries but I wonder if they really think of what it must be like. I for one cannot imagine not having closure after the death of a child, a family member. I heard time and time again in Haiti that same painful truth.." I never got to have a funeral". With no sense of closure with billions of dollars being sent and only tiny portions actually making it ground zero it is no wonder that many in Haiti think the world has forgotten about them.

It reminds me of a Christmas play when our daughter Kelsey was little. She wore a polka dot dress with a large floppy hat, high heels, pearls and a great hand bag and she was Ima Rush. Ima Rush was so busy with her social engagements, her charity work and her church she was too busy for Jesus. The plot was bigger than that but the thought of her scurrying here and there, making people smile for the brief glimpse of her heading in another direction beings me back to how it must feel in Haiti. Do the Haitian people feel like we are too busy to help long term? Do they see the numbers of NGO's and hear about the amounts of money coming into Haiti and wonder why more isn't happening? Do they pray for God to bring them out of the tent cities they are living in and trust that He will? Do they pray that change will come to Haiti in the form of social systems that they hear about, similar ones to other nations? Do they pray that someone would listen to their hearts and hear their story?

Politicians and famous people, people with connections, military from countries around the world, and dozens and dozens of NGO's all came to Haiti. They came with the plan to see what they could do to help. They came with good intentions and they came with manpower but the sheer scope of what needed to be done was so overwhelming they felt defeated at the outset. Where would they even start?

I see the Haiti that was pre earthquake and I see the social problems that were, I see the missions and organizations that were working tirelessly to make a difference. Most of them, already okay with the knowledge that things take time, Haiti would not change overnight.  I am thankful for all those that have gone to Haiti in hopes of seeing where they can help. I am thankful for all the missions that have been in Haiti for decades and served faithfully. I am thankful that God is in control of the relief effort, in His way. But...I pray and wish and dream that the commitment was not only money. Yes, money has poured in and I wish I could say I know it has all been spent in the way it was intended but prayer is what is needed and a commitment to do our part. From our living rooms, from our staff rooms and from our churches, we need to share about Haiti.  Many people want to help, many have, many have given all that they had but we need to continue to pray for Haiti. I have had pre-chrsitian friends and those that believe in karma and positive thoughts and they all still believe that we need to continue to help Haiti. Do not let it off the radar. I know the world saw the Olympics, then the earthquake in South America, then a volcano in Iceland and then an oil spill in the gulf, but Haiti never stopped needing your prayers. Haiti was hurting and still is.

Please take time to pray for Haiti, take time to share about Haiti. I do not want to be so busy in my church, so busy at my work or in my life to be too busy for Jesus. We are called to be His light and maybe sharing about Haiti and your connections will bring someone else to the team. Haiti needs all of us. I challenge everyone to share about the needs in Haiti and take time to see where you fit. Are you goer, are you a supporter, are you a intercessor, God appoints all three.

I am so thankful for all those that have given selflessly over the years so that we could be the goers. For those that never stopped praying for us and for our Haitian connections. I am thankful for so many people I wish I could surround you with the love that the Haitian people have showered on me.
I know Haiti has a face to each of you. I am thankful for your prayers and know that you are making a difference in the Kingdom. Please join me in saying a prayer for the continued relief effort, for the million plus people still living in tents, for the children orphaned, for the missions that work day in and day out, and for the government.

I have a little sign in my kitchen and it says..."What would you do if you knew you could not fail?" 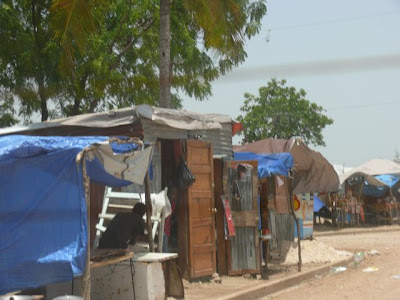 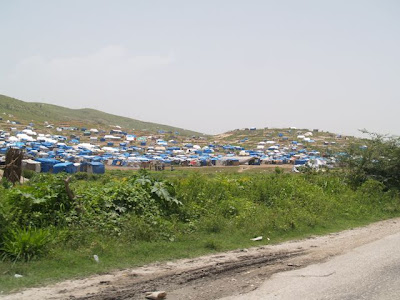 Posted by Colleen and Jussi at 7:46 AM