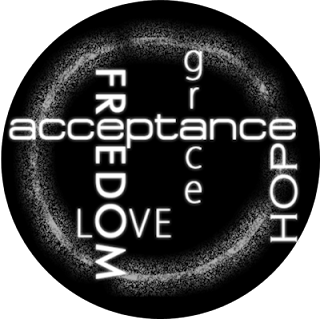 It has been a busy few weeks. I apologize for not getting the posts up. I have so many God moments that I have been overwhelmed. He speaks to me in story, I am sometimes driving, sleeping, gardening, walking or doing my devotions but God shares a thought for me to ponder or an idea to investigate. Some times I get so fired up I write it my head more than once and then this week something funny happened. I had considered the idea of those that feel so judged within the church. Then I branched off to share with Jussi about a person we had met and the fact that she was exactly the person God wanted us to bring to church. Now the person was not one that would have been an easy " Hey, want to come to church" It would have been more of a long term relationship, trust, commitment and non judgemental attitude that would have got her into church. Not because of where she was but where others were.
As I was pondering the church of today and how many had changed, there are still people that would not sit next to the young lady I would be bringing to church. I also knew that the many religions I hear about from friends and the questions they ask, it is  important that I don't take a holy than thou stand. My job as a Christian is to listen, to model, and to share what I believe. I am not a finger pointer. Where is the line between pointing out the sin or the wrongness vs sharing that is wrong according to God...Hard line to differentiate.

As I read a post from a young man in our church, I was so taken, because he had captured what I was thinking. Seth has always struck me as a young man with a deep thought process. His Facebook postings make me think, and certainly convict me to think outside the box. So I would like to share Seth's post, with his permission. I am thankful that his generation is thinking like this and that our church youth group has a young man like Seth.

Just a little while ago I ran into this comment on a Christian message board:
"so its a trend ... in Christianity in general, to wag ones finger at someone who has differing beliefs than oneself. now im definitely not a typical Christian. i love nature and revere it [it is Gods creation after all. does that mean i worship it? of course not! but it should still be respected], i believe in natural medicine, im liberal [i would have voted for Obama if i had been old enough. sue me], im extremely open minded, and one of my best friends is a Wiccan. if i dont agree with someones behaviour or beliefs, I DONT SAY ANYTHING! i dont mock them [even behind their backs]. i ACCEPT them. ive been chastised so many times ... just because i listen almost exclusively to non-Christian music, most of my friends arent Christian, my beliefs are apparently pagan to some [since when has a reverence of Gods creation been non-Christian?!], i know hardly any Bible verses, and im open minded. i just want to say that being a Christian means you have a responsibility to love people. LOVE. who cares if someones atheist, Bhuddist, Hindu, pagan, Muslim, Jewish, or even a different Christian denomination. love them no matter what, even if they hate you. dont put them down. accept them. Jesus taught us to do that, yet i see that the majority of Christians dont. they sit on high horses and condemn others ... is that Christ-like? not to me. so please, be kind and accepting no matter who it is."
Now, I agree with the main theme of this post: Christians are called to love others, regardless of their beliefs, choices, or circumstances. But I've noticed that a lot of Christians (including myself) have trouble distinguishing between love and acceptance.
What do I mean by that? I'm saying that I've often found myself hanging out with non-Christians and have not commented on their sinful behaviour. My motivation is my desire to show them Jesus's unconditional love: it doesn't matter what they do, Jesus loves them and thus I love them too. But by being silent I am really condoning their behaviour.
Many of my friends don't know any better. They were born in sin and are still living in sin, and they don't even realize it. When I see sin it is my responsibility to point out that's it's wrong, because I am often the only one who can recognize it. I need to be loving, yes, but I also need to tell my friends that what they're doing is wrong.
While Jesus was loving towards everyone He met, He also wasn't afraid to point out sin. Take the story of the woman caught in adultery. The religious leaders brought her before Jesus, but He didn't condemn her. Instead He told her to "go and sin no more." He showed her mercy, but He also told her to leave her life of sin behind.
We as Christians are called to be loving and compassionate, but we also have a duty to "go into all the world and make disciples." There IS going to be a judgement day,and you're not doing your friends any favours when you ignore their sin. They don't know any better, and it's your responsibility to bring them to Jesus.
Don't get me wrong: loving and accepting everyone regardless of who they are or what they do is not a bad thing. That's what Jesus did: He looked past the sin and saw the beautiful child of God that was imprisoned. But He did more than just look: He set them free.
***
Thanks Seth...for reminding us that He did more than just look, HE set them free. What a promise we have in Jesus.
Coming next...Sing, sing, sing...
(ps Annie...sorry it took so long)
Posted by Colleen and Jussi at 10:14 AM