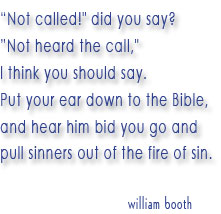 Just returned from Missions Fest 2011. It was in the beautiful Canada Place Convention Centre in Vancouver. The weather was horrible but we spent most of the time inside, in the film festival, attending general sessions and workshops on many different topics. I was surprised at the numbers of Christian colleges, I was surprised at the number of Christian camps, and surprised at the lack of agencies or organizations that were giving our material on short term missions trips. I suppose with financial considerations on printing, many of them chose to print small leaflets and do their majority of advertising so to speak via the web. The down side of this, is I was hard pressed to find brochures to bring back about short term missions. It was great to see so many different booths, but over all the thing that struck me the most was the thought that kept coming up in my mind.
That was...the last time I was in the convention centre is was for the Sex Show. I had been blessed to be part of a team that would work with xxxchurch and hand out bibles, stickers, share with many people about Jesus and HIS desire to meet people where they are. The sex show was all three halls, the lobby, and every spare inch of space. Missions Fest was ONE of the convention halls, the hallway and just admin related stuff in the lobby. I pray that next year that Missions Fest can attract enough people, exhibitors etc to fill the place. For those  in my home church, we will be doing a missions evening and sharing everything we learned and brought back, stay tuned, C

Prayer requests certainly that God used this last weekend to touch the hearts of many, but they will be spurred on to serve at home and around the world even after the weekend is over.
Posted by Colleen and Jussi at 10:13 PM