Unleashing the power of UNITY 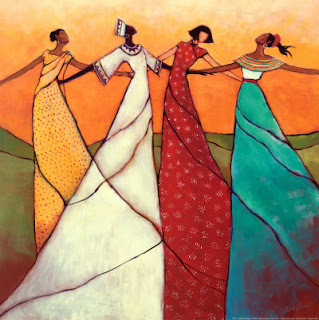 I wrote a post about strife and how strife is an unnecessary evil but one that exists and that gives the enemy fuel for his fires. The bigger picture that came to mind as I was writing was unity. I have written about unity before and the topic itself is so broad I will not try and attempt all the faucets of destruction to a church that can happen with disunity nor cover all the benefits of unity within the church, families, workplaces in one blog post. So I am going to ramble on about what I am thinking about today about unity.

Unity conjures up pictures of people holding hands, a marriage, a handshake over a merger, a group in a church with hands raised praising Jesus together, and the ever popular its a small world image of children all around the world holding hands in a circle. Unity is a noun from the latin word meaning one, but often we visualize two becoming one. What about unity as a verb, an action of being together?

I love the fact in a country where hockey is not our national sport, but should be LOL, we come together in full force to cheer for our home team. On Saturday in Vancouver, the streets were awash in the green, blue and whites of Canuck fever. The streets were jammed with people, random strangers at the beginning at the game, and buddies who were high fiving each other at the end, and talking like friends. How is it that we can have such an amazing show of unity over a hockey game? People from all over the world are cheering for the Canucks, our home team. Why because it brings us together, we bond for a common purpose, in hopes of the Stanley Cup coming home to BC for the first time ever, after forty years of hockey I think it must be our turn.

So does it seem reasonable that the strength in numbers, over 80,000 people in downtown streets alone last saturday evening, if banded together for a different purpose could we have the same effect? I think of  children's rights, poverty, families, and the rights of the marginalized people of the world, and was saddened to think what would happen if we announced that the game will not be shown, instead we will have a large screen presentation of children in Africa and what we can do to fight poverty or young girls kidnapped for the sex trade or visions of the downtown eastside, blocks from where they stood and how we needed to help. The numbers would have changed dramatically, now I do not for a minute think hockey fans do not help, pray and think of ways to help in these areas, but it was the paradigm shift in my thinking. How could "I " harness that kind of  power in numbers, what was it? Unity in a common purpose!

Imagine what could be done in the world if there was more unity in the church, if churches could fill the streets for an event? If the people in each church were as excited about Jesus and brought and invited five friends to come to church and shout and sing, and jump up and down every time Jesus answered a prayer, someone was healed, someone got saved! It happens every day in churches around the world, we hear of it, but wouldn't it be cool if the growth rate of churches in this decade grew to the proportion of numbers in downtown Vancouver on a regular saturday eve to last saturday. I will leave all you math people to do the percent, I cant seem to wrap my head around it.


Unity exists in every marriage, family, church, workplace, government, and nation, and so does disunity. It is the one thing the enemy uses as his bullets, his fire power, his little wrench. I am thankful we live in a country with a democratic government, in a country where we have freedom to worship and pray in public, where families exist with little fear of the government making decisions in regards to numbers of children they can have, medical systems, education for all children, we are blessed in so many ways. Some countries in the world, do not have unity in the government and that breeds hostilities, rebel groups, militia, and all of that disunity in government tumbles like a domino in the areas of local governments, church, families, and workplaces. We need to pray for the countries that have widespread leadership issues, we need to pray that Jesus will gain dominion in those nations. I need to understand where I can help, what I can pray for, and what God is calling me to do in the area of unity in my family, marriage, church and workplace? The issues are so huge it is mind boggling.


Side note and random thought....Haiti is a country that has captivated my soul, it has unity as a symbol on their flag, they have a new democratic government, they have a larger per capita rate of christianity than Canada, and often we look at the problems that they have, but if they knew what our percentage of christians ours was compared to theirs, oh how they would be praying for us. Raising our children we wanted nothing more than healthy, happy children that would grow up to be spiritually equipped and globally minded. It struck me while writing this, that our son after a trip to Haiti was impacted by the unity among the people and not whether or not they had anything. The flag carries the words  L'Union Fait La Force the translation is Unity Makes Strength.  He had a tattoo designed on his foot after a trip a few years ago. He told me it was important in the culture to stick together and that families cared for families in unity but it was also in a way of remembering to be thankful for all that we have.
"To to me it was a feeling of knowing ...no matter how bad my day is and how low I am hanging my head when I look down and think life sucks, remember that you have it pretty darn good here in Canada.  I remember the experiences and the people of Haiti and I am  thankful for all that I have here. " Nick Meyer


I never planned to talk about the Canucks or compare christianity rates but unity is a strong, powerful place to be in. I want to be in unity in all of my relationships, my circumstances, I want others to experience unity in their marriages, families, churches and workplaces. The desire of my heart is to seek Him, to discover new refreshing areas of unity, to look for areas where I can improve in unity, to pray specifically for my church for unity among us believers, and last but not least unleash the evangelist in me and draw near to those that He desires to put in my path, so that I can in turn offer them hope in Him, and unity in a unique and wonderful family, a family in Him. 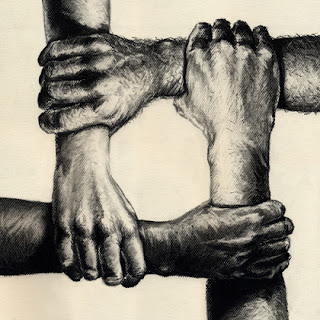 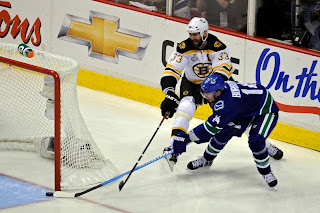 Posted by Colleen and Jussi at 7:48 AM