Being Reminded of Reality 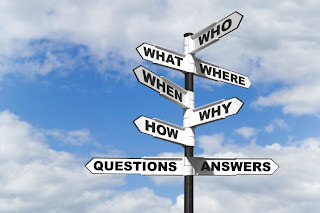 I love routine, I love organization and maybe I love the fine execution of a plan, but what happens when things take a sudden turn. Our lives seem to go in circles some times, where we left off once before we seem to come around to again. How does that happen? Is there such a thing as deja vu? Do you get that when something comes up and you know you have had this conversation before, been in this place, but it isn't realistic? It could not have happened.
So my thinking brain tries to make sense of the weird phenomena called deja vu. Is is real? It comes from the French word, already seen. Does that mean I have seen it? Does that mean that God planned for this time and place to happen again because I didn't get it right the first time? Questions, absolutely, answers not so much.
As we settle into routine here at home and praying for some major life changes for us, we are reminded that reality is what you make of it. It is what it is...we have said that many times. Right now as we get the hay in the barn, a few weeks later than usual, it is still routine. We miss the banter of many friends from the church that come out each year to help, but with the amount that needed to be done in a short time we hired a crew. I have done this before, every year for 15 years here and prior to that at my parents farm, same fields, same tractor, green square bales scattered throughout in random patterns. Yep this is normal.
I know God continues to teach, I know He provides us with routine, I know He gives us glimpses into His plans for us, but have I been there before, no, He has. He has set a path before us. I am so glad he can see the finish line, or the big picture, because now I need to believe in the impossible.  Don't you hate a cliff hanger... email me: hearts4africa@ymail.com if you would like specific prayer direction on our behalf. C


May God bless you with discomfort
At easy answers, half-truths, and superficial relationships
So that you may live deep within your heart.

And may God bless you with enough foolishness
To believe that you can make a difference in the world,
So that you can do what others claim cannot be done
To bring justice and kindness to all our children and the poor.
Amen
Ps Jerry missing you, thought you would like to hear and see...ps we miss you too T
Posted by Colleen and Jussi at 9:00 AM No comments:

Well the vacation is over, the pictures are downloaded, the luggage unpacked, laundry done and now reality is setting in. We are busy with cutting hay and getting it in the barn this weekend thankful for the sun. I have bills to pay, banking to do, groceries and such. As I weed though the mail and the phone messages, I am reminded of how important communication is.
I am so thankful for the internet and my ability to post a few posts while on vacation. I will add a few pictures and thoughts post vacation because posting was not as easy as I thought it would be.
Next up, a new school year and wondering all that God us going to do through and with me. I am thankful that I am a vessel that He can fill and nothing else. Looking forward to routine. Wow never thought I would say that, but already the dog has resettled back in to his sleeping the day away and not ever watchful of where I might be. I am sure if he could talk he would ask where we went and explain why he hates it when the luggage comes out. I will be sure to put it all away today! Have a great day, more later, C
Posted by Colleen and Jussi at 9:16 AM No comments:

http://s1126.photobucket.com/albums/l611/CYrjana/Helsinki%20Yrjana%20Tour/?albumview=slideshow
I have been trying a dozen ways to post pictures.
First the free wifi did not allow enough bandwith and then using the iPad limits me and I never bought my computer because I thought this was going to work. So if you copy and paste this link. It should take yo to the pictures .c or if you have high speed it may let you view all...I will have to visit an internet cafe I think...

Helsinki the city of cultural diversity. The thing that struck me most about Helsinki is that you could recognize languages being spoken everywhere so many different people, so many different colors, so many going somewhere. it is a city where people sit and visit for hours at a time. The coffee is big but so is the beer. Beer gardens are fancy sidewalk cafes and dot the sides of the road, filled with chatter all day long. In fact I am not sure what time of the day beer is being sold, seems to be early lol. The architecture is amazing and I walked around like a tourist snapping pictures of steeples, beautiful cherub's and guilded facias. The transportation system is top notch. People value getting somewhere so the systems are efficient, move lots of people and go often. There are so many things I want to tell you but I will tell you in short form or this post will capture my excitement but bore you to tears lol.
Things that are the same...as home!
Wild roses, birch trees, fireweed,
H&M,Ikea,Shell gas,Holiday Inns,DHL,McDonalds, Burger King,Pizza Hut
Road construction everywhere it is summer
Things that are different or things that I noticed.
Pedestrians don't have the right of way...smile
Lots of bicycles
Stamps cost .75 € about one dollar
The buildings are all...I mean almost all , yellow, beige or red brick
No stop signs out of the city just yields across four lanes...scary
The street lights sleep, so the city is all yields in the early morning
Gluten free and lactose free is everywhere
The yogurt with fresh wild berries has been my staple
I ate cherries imported from Turkey but they do not hold a candle to BC's!
The GPS speaks in Finnish and when you exceed the speed limit it beeps..yep it recognizes where you are and the posted speed limits.

It is windy in Helsinki
They serve beer on one of the trams...interesting commute
The gypsy people come from Romania to busier and beg on the streets and we loved the accordion music  every  street corner
Everything is very utilitarian and big, I got lost in some of the chairs, Naomi would have been like Lily Tomlin off of Laugh In..
The playgrounds for children are also plain abut functional. they have swings and slides and there is no posted signs anywhere in the city that's speaks of using at your own risk. No waivers on transit or while sightseeing. People use common sense and teach their children how to be safe.


The country of Finland is very trusting. WE arrived without customs and immigration, just walked right into the arrivals level of the airport, that was funny, nothing to declare, just come on in.
The hotel we are staying at at the end of the week, let us store our bags without us being there or checking in yet...trusting
Stock mans is a huge dept store boasted to be the biggest in the world. The deal is if cant find it at Stockmans you don't need it.
The taxis are very expensive but are Mercedes and BMWs, driver wear ties and speak many  languages
People stay up all night on the street, maybe because the bars are open late and maybe because it never gets dark at this time of the year.
On first glance you will notice, many tall, blonde people, with straight hair. Never saw many curls or men with facial hair.
Men wear man capris, and colored jeans...Jussi not ready to grasp this fashion trend.
Everywhere you look there is stripes and plaid...I need to get me some.
I bought a purple and red scarf, it is a must have accessory, even in summer.
So far we have had a ton of fun, sightseeing old naval forts, the city, markets and shopping. The streets are all stones and very clean. The music is very 80's and the food great. My newest experience was beet lasagna. It was good, different but good.
I forgot a few important things, shampoo, conditioner and my shoes lol, but guess what...easily replaced in a shoppers paradise like Helsinki.
Right now we are on the Allegro train going to St. Peters berg , Russia, going backward upwards 230km per hour past farms and lakes and the scenery is breathtaking, the fellow in front of us is snoring rhythmically to the trains moves and I am smiling. Bucket list item number One...
I having issues posting from the iPad so I will try and get the pictures posted up ASAP...thanks c
Posted by Colleen and Jussi at 12:20 PM No comments:

We had a long few days but we arrived in Helsinki via a day in Amsterdam. Amsterdam or what I remembered was a beautiful city full of flowers but in 20 years my thoughts have changed. Amsterdam needs Jesus. The first problem is sex, alcohol,cigarettes and legalized pot. It reeks everywhere you walk, people openly smoke pot on the street and even have pot coffee bars where we saw people laying on couches on coffee bars with water pipes, and pot smoke billowing out the windows. We also saw many sex related and immoral t shirts etc. We were saddened with the cigarette butts all over the place and unclean streets. Graffiti was everywhere and I mean everywhere. Train windows,walls,buildings, vehicles,streets, etc. It was everywhere. On a Positive note everyone spoke English so we had no problems with directions, and shopping. Everything was super great quality, the food was good, the trains easy to travel and well organized. Coffee mmmmm....
So the day ended with a late flight to Helsinki, broken luggage, an gregarious character to share a cab with, a smile and a bed to sleep in. Yahoo.

Posted by Colleen and Jussi at 9:06 PM No comments: