What can happen and eventually what does.... 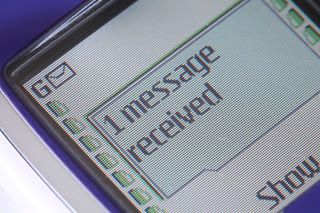 To say that adoption takes over your thinking, eating, sleeping and finances is an understatement. To truly grasp the intensity you must either be walking through it right now, been a recent walker, or standing on the stand lines watching a friend or family member struggle with the million what if's.
I never intended to let anyone or anything control my thinking, the inner most special recesses of my heart, but all it took was a whisper followed by a text message.
It was that simple, although we had been in what I call the international adoption arena, (because it feels like a championship 15 round fight lol )for over a year and because we had loved on a  little girl and had released her in our hearts back to her birth family, it caught me totally by surprise.
Here was in control Colleen, with her ultra more than me control husband with nothing to do on our hands but wait. You see ultimately the day we looked into the eyes of our children was the day the clock slowed to a less than fair pace. The day the Lord whispered adoption was the first step of faith, the day the text came was the day the rubber hit the road. Simple, "Call me when you a get a minute pls" from our SW
There was no turning back, or was there? I don't think we considered that, although now that they are sleeping upstairs in their bed and they are MINE...I can consider alternatives to crisis mode.
I went nuts, I tried to drive, I stopped the car and with fumbling hands tried for the fifth time to get my husband on the phone. I laughed out loud, I cried, I pulled over again. I wanted to see someone I know, so I could tell them but I needed to tell Jussi first.
My heart was beating so fast I was completely unprepared for the gamut of emotions, that should have been..oh hi, yes that is awesome..great news, we have been waiting. To oh my, girls, I thought it was boys...what are their names? No don't tell me, to the inconceivable thought that we needed to make a decision. Why do they give you a choice?

First let me tell you it was a yes....without a doubt, God does not place the children into families and then ask our opinion. But we had a few days to ponder the information and decide if we had any questions for the agency. Big mistake on the agency part, it basically spells out, ok it is Friday call me Monday and that roughly spells out to...57 hours of we need to claim these babies as our own and you don't work weekends????? Easier said than done.

Needless to say the rest is history and the time from that day to the day we actually held our children in our arms, eventually consumed everything we did.
We painted, we saved, we planned, we raised funds, we walked, we talked, we shared, we cried. We asked for help, we asked for support, we asked for prayer and we asked for space. We lived on a edge of a precipice preparing to either jump over or fall back to the side we were on. That was because the elusive piece of paper that says nobody contested all of our judgement papers and now the children are yours took a very long time. They were ours for eight months before they were really legally ours. What if's came easy, doubts, what will we do if this happens, guarding your heart for disappointment. In this eight months we had fallen in love with two littles that graced our computer screen that day. Was it love at first sight? Was it the beginning of the end LOL.
One thing was for sure, ten months of our life was consumed by adoption talk, adoption preparation, adoption blogs, adoption circles. We wanted to belong to somebody who actually could say their kids came home. We wanted to read success stories and we separately wanted it more than we could think or imagine.
It did happen, not in the time we thought it would, it did happen but not in the way we thought it would, it did happen but not as easy as we thought it would, but it did happen.
And nothing about those ten months matters anymore.
We are the champions, the arena is behind us and we are enjoying every day as...today I get to do this...and believe me it never looks like we planned here either. Happy day, C 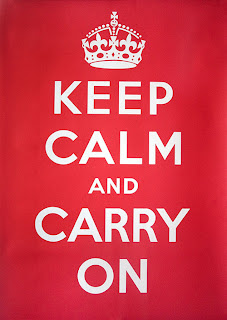 Posted by Colleen and Jussi at 9:36 PM